Letter of apology for bad behaviour

An apology letter is a way of expressing regret towards a past action or occurrence in writing with an aim of making a positive change from a negative action. If it happens in the workplace, then an apology letter can't be avoided. Otherwise, it might create tension in your work environment. Apologizing, and maybe even explaining, your behavior is the best way to avoid that.

How do you write a sincere apology letter for disrespectful or unprofessional behaviour?

Apologizing may be difficult for some people, but when it might affect your work environment or could even get you fired, then it's necessary to apologize. Writing a letter is the best way to do it. A letter of apology for your behavior should include:

After downloading this sample letter of apology for bad behaviour template and filling in the blanks, you can easily customize the style, typography, details, and appearance of your Apology Letter for Behavior template. If this isn't the right template that you are looking for, then certainly take a look at the other letters that Bizzlibrary.com has to offer. We have many letters ranging from cover letters to business letters and thank you notes.

Thanx for the file

I need this letter, I am such a deek. Thanks for the professional apologyy 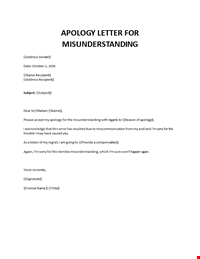 Apology Letter to Friend for Misunderstanding 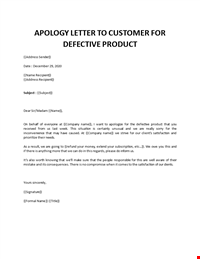 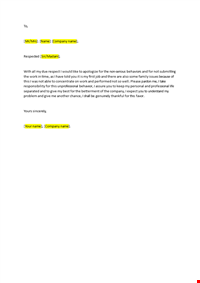 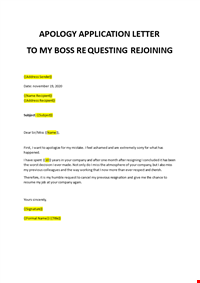 Apology Application Letter to My Boss regarding Rejoining