How to write a proper NDA? What should be included in an NDA? Download this sample Non Disclosure Agreement (NDA) Template in Word. Protecting your business.

A non-disclosure agreement (NDA) is a legally binding contract that establishes a confidential relationship between two or more parties. The parties signing the agreement agree that sensitive information they obtain will not be made available to any other 3rd parties. An NDA is also referred to as a confidentiality agreement.

How to write a proper NDA?

NDAs are common for businesses entering into negotiations with other businesses. An NDA allows the parties to share confidential and sensitive information without having the fear that it will end up in the hands of any competitors. Some companies actual require that new employees sign an NDA If the employee has access to sensitive information about the company. NDAs are also commonly used before discussions between a company seeking funding and potential investors. In such cases, the NDA is meant to prevent competitors from obtaining their trade secrets or business plans.

You have total flexibility to tailor the NDA to reflect the specific circumstances and intentions of the parties. Be sure to preview the agreement first before adding extra terms so that you know what is already in there. After that, just follow the instructions at the end of the document to formally execute it and make sure that all parties get a copy of the final version.

After downloading this sample business NDA template and filling in the blanks, you can easily customize the style, typography, details, and appearance of your Confidentiality statement. If this isn't the right letter that you are looking for, then certainly take a look at the other letters that Bizzlibrary.com has to offer. We have many letters ranging from cover letters to business letters and thank you notes.

Only positive about this template

Not disapointing, I am glad to find this page

I have received great feedback from my boss, due to this file 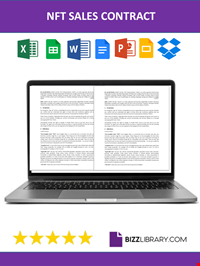 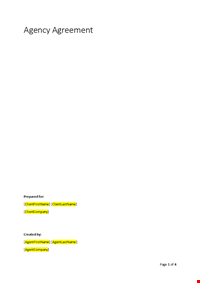